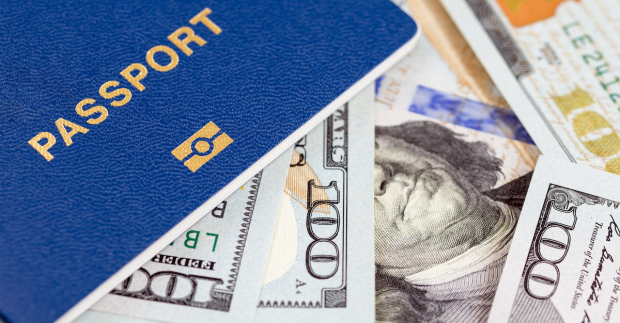 Angry Twitter mobs can take over the country. Private property rights can be suspended. The entire economy can be shut down.

And it can all happen in an instant. One day everything is normal. The next, poof.

That's why, as I discussed earlier this week, the need for a Plan B is now obvious.

And part of that, frankly, might mean having another place to go.

Or perhaps you are simply inclined to a more quiet, peaceful way of life.

It doesn't hurt to at least consider your options.

This is why I've long advocated having a second passport.

Having a second passport means that, no matter what, you'll always have another place to go.

We've witnessed over the past few months that countries have closed their borders to non-residents… but citizens are still allowed in.

There are four main ways to obtain a second passport:  through ancestry, naturalization, "flexibility" (like marriage, adoption, or even converting to Judaism), or investment.

The citizenship by investment option allows you to become a citizen of another country by buying property, investing in a business, or giving a direct donation to a country's development fund.

It is the quickest option for acquiring a second passport, but also the most expensive.

But right now, citizenship by investment is going on sale.

A little background is in order:

Right after the 2008 global financial crisis, there was a boom in citizenship by investment options.

Countries were in a deep financial mess, and these programs gave them a way to raise revenue without raising taxes.

A few of these programs popped up in the Carribean. And soon places like St. Lucia, Saint Kitts and Nevis, Grenada, Antigua and Barbuda, and Dominica were all competing for new citizens.

When hurricanes Irma and Maria brought widespread devastation to the area in 2017, Saint Kitts and Nevis became the first to drop prices.

This sparked a 'price war' with the other Citizenship-by-Investment programs in the region, and soon prices were cut in half.

But here we are with global tourism on hold. Airline traffic has fallen more than 95%, and hotel occupancy has collapsed.

Most of these Caribbean countries rely on tourism as their primary economic engine, so tax revenue has plummeted.