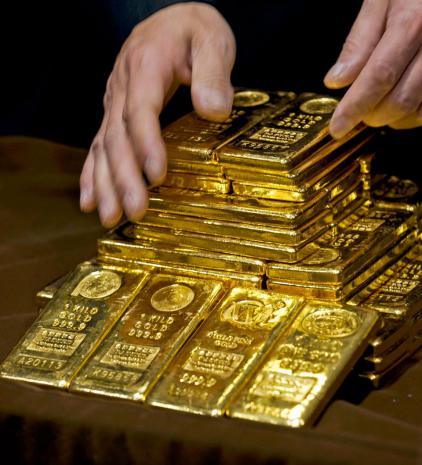 Bernard Baruch was one of the wealthiest speculators in American history.

He started with nothing and worked his way up to becoming a war effort hero and a trusted advisor to many presidents during his lifetime. But he made his fortune speculating.

I'll leave that explanation for another day.

Today's missive is about the biggest bet that Bernard Baruch ever made. But not only did the U.S. Government take it from him; they also tormented him for doing it.

Bernard Baruch's personal stash of bullion was a little over 75,000 ounces.

That's over USD$ 125 million in bullion at today's prices. He was America's first "Bullionaire."

So what happened to all that gold?