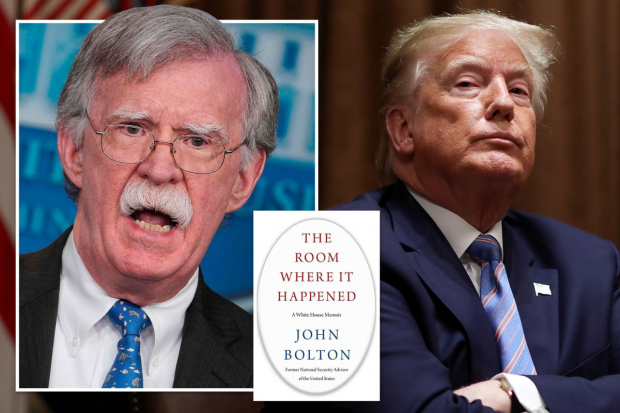 PRESIDENT Donald Trump told reporters on Monday that John Bolton, his former national security adviser, will have a "very strong criminal problem" if he proceeds in publishing a tell-all book.

Bolton's memoir is set to be released on June 23, but Trump called it "highly inappropriate" and said that he would consider every conversation he has had with Bolton "to be highly classified."

Trump ousted Bolton as National Security Advisor last fall, which came after the pair had disputes over how to handle foreign policy challenges like Iran, North Korea and Afghanistan.

Bolton, a meticulous note-taker and Trump's third National Security Advisor, is expected to shed new light on the president's dealings with foreign countries as well as his impeachment.

Trump said: "If he wrote a book and if the book gets out, he's broken the law and I would think you would have criminal problems. I hope so."

He added: "If this guy is writing things about conversations or about anything — and maybe he is not telling the truth. He's been known not to tell the truth, a lot."