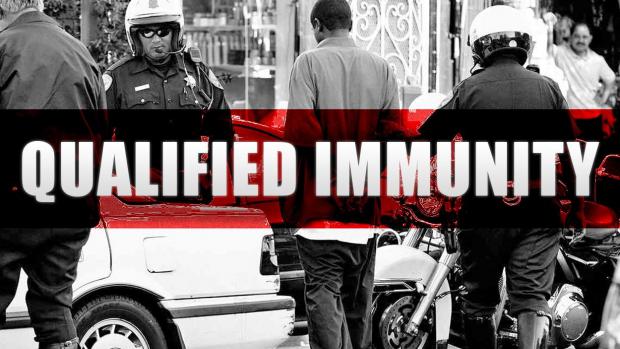 "What's been most striking to me is just how one-sided the rules are when Americans take on their own government…. It has been dismaying to learn the extent to which rules and laws shield the government from accountability for its abuses—or even lawbreaking…. It's been a long and frightening lesson…. The rules seem rigged to protect government lawlessness, and the playing field is uneven. Too many processes favor the government. The deck is still stacked." —  Journalist Sharyl Attkisson

The system is rigged.

Because the system is rigged, there will be no consequences for police who destroyed a private home by bombarding it with tear gas grenades during a SWAT team raid gone awry, or for the cop who mistakenly shot a 10-year-old boy after aiming for and missing the non-threatening family dog, or for the arresting officer who sicced a police dog on a suspect who had already surrendered.

This is how unarmed Americans keep dying at the hands of militarized police.

By refusing to accept any of the eight or so qualified immunity cases before it this term that strove to hold police accountable for official misconduct, the Supreme Court delivered a chilling reminder that in the American police state, 'we the people' are at the mercy of law enforcement officers who have almost absolute discretion to decide who is a threat, what constitutes resistance, and how harshly they can deal with the citizens they were appointed to 'serve and protect."

This is how qualified immunity keeps the police state in power.

How else do you explain a doctrine that requires victims of police violence to prove that their abusers knew their behavior was illegal because it had been deemed so in a nearly identical case at some prior time: it's a setup for failure.

1 Comments in Response to The System Is Rigged: Qualified Immunity Is How the Police State Stays in Power

There isn't any immunity from the 12-person jury. It's called jury nullification. Maybe that's why it isn't all that popular. They don't want you to know.