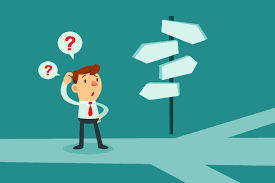 Well, these are the times that try libertarian's souls too. Here, I do not refer to Covid, to Black Lives Matter, to the riots, to vast unemployment, to the U.S. imperialistic system, etc. Nor, even, to issues on which libertarians disagree: immigration, abortion, voluntary slavery, anarchism, reparations, etc. Rather I have in mind a series of episodes about which libertarians are, if not indifferent, then at least ambivalent. What is ambivalence? It is, according to the dictionary, "the state of having mixed feelings or contradictory ideas about something…"

So which events engender in us this reaction?

Who is in the right when a public sector union strikes against the government? Who do we as libertarians "root for?" The difficulty here is that at least for the anarcho-capitalist division of libertarians, all of government is illegitimate, and, anytime anyone attempts to undermine this institution, we strongly tend to incline in that direction. And, certainly, the teachers union, the civil servants union, the firemen's union, the post office workers union, the police union, the municipal clerks union, etc. are all in effect destabilizing governments with their gigantic salaries and fringe benefits which lead to bloated budgets and subsequent risks of bankruptcy for statist entities. On the other hand, libertarians naturally look askance at all unions, certainly including these examples, since they do not limit themselves to mass quits. Rather, they engage in threats and actual violence against "scabs," against anyone else who stands in their way.