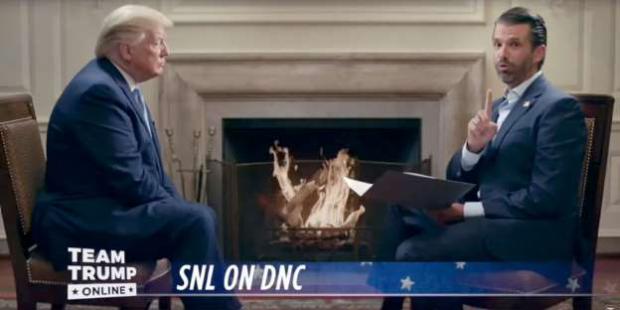 The president nodded as if he had just won a medium-priced set of steak knives. So went his first interview on "Triggered," which appears on an online "newscast" channel from the president's reelection campaign that attempts to mimic a cable news network.

If Trump owned a media company, which advisors say he discussed when he believed he would lose the 2016 election, it might look something like "Team Trump Online," the current production. And if he or his family start one after he leaves the White House, this could be the pilot.

"This is the warm-up act," said Frank Sesno, a former CNN anchor and the director of the School of Media and Public Affairs at George Washington University. "There's nothing he would like more than to throw his name on a channel, a digital brand."