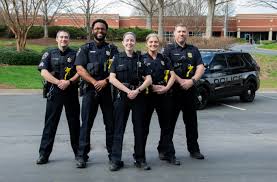 The House voted 152-3 to allow voters to decide to eliminate their county police departments, moving authority to county sheriff's offices.

There are several county police departments in Georgia, including in Cobb, DeKalb, Fulton and Gwinnett counties. In counties where there are two agencies, the county police handle the enforcement of state and local laws while the sheriff's office manages the jail.

The vote comes after the shooting death of Arbery, a 25-year-old black man who was killed in February while jogging near Brunswick. Three white men, Travis and Greg McMichael and William "Roddie" Bryan, have each been charged with felony murder in the Arbery case, which has drawn national attention and sparked demonstrations.

"There have been too many missteps over there," said state Rep. Al Williams, a Democrat from Midway. "It's time to be going in a different direction."

A previous version of the legislation, Senate Bill 38, was initially introduced in January in response to years of alleged problems with the Glynn County Police Department. That bill didn't advance, but it was revived after Arbery's death.