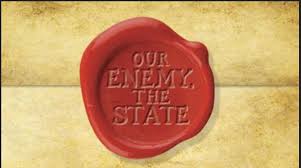 The blacks are out of control! Or rather, are presented as such. Whites oppress! All of them, all the time. Since time began!

It is the Jews who are behind it all!

But who is really behind it all? Let's pull back the curtain and see what we can find.

Their "race" – their religion – is authoritarian collectivism.

And that is our enemy.

Not Barack Obama's skin. His "faith." Which he shares with his predecessor, whose white skin and non-Jewishness didn't immunize him against authoritarian collectivism.

This is the foundational disease and it comes in every color of the rainbow. To avoid becoming sickened by it, we must not let it infect us.

Or rather, not allow it to undermine us. And empower those preaching it.

If we collectivize others then we have no basis for objecting to being collectivized ourselves.

To collectivism, as such.

Perhaps you see why agglutinations based on general appearances is being so acidly promoted. Black vs. white. Women vs. men. "The Jews" – vs. "us." To take our focus off of them. The Northams, Newsomes and Cuomos, oh my! The authoritarian collectivists. Whose goal is to collectivize us all, irrespective of how we look or what we worship and which sexual apparatus we possess.

Identity politics is a form of collectivism which – like all such – leads to authoritarianism in its name. It blames groups for the actions of individuals, fungible like pawns on a chessboard.

I am not a man accountable for what I have done – and free of guilt for what I have not done. I am a straight white man and thus both "privileged" and "oppressor." A cardboard cutout, an archetype.