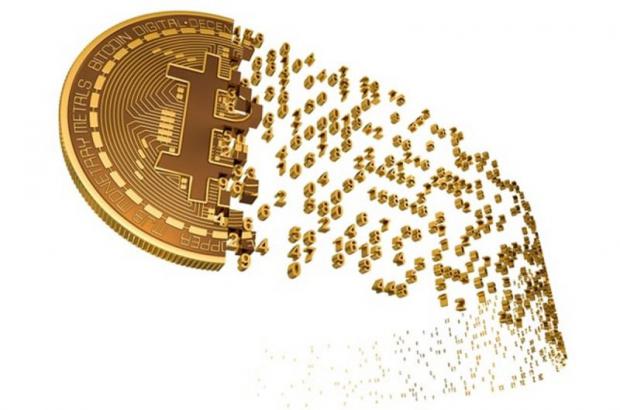 If your recent dinner party conversations have been any similar to mine, I bet a certain someone from North Korea made it onto the agenda. Is it just me, or does it feel like reality is increasingly reminiscent of a sci-fi novel?

As a novice of both sci-fi and blockchain technology, the topic of Kim Jong Un's threat to launch an Electromagnetic Pulse (EMP) attack on the United States raised a number of questions for me. Would people turn to Bitcoin as a solution when banking systems go down, or would the Bitcoin network itself be rendered inoperative? Questions I desperately wanted answers to.

And so, I turned to two of our in-house Bitcoin specialists for clarity.  I invite you to join me as I pick the brain of Bitstocks' Cryptocurrency Portfolio Manager, Antonio Shillingford.

What Would Happen to Bitcoin in the Aftermath of an EMP Attack?

Liz: Hi Antonio, and thank you for taking some time out to address the questions I have around the impact an EMP attack would have on Bitcoin. I have seen many online comments and tweets saying that "an EMP blast will make your Bitcoin disappear in an instant." What is your take?

Antonio: Bitcoin is a global currency, it is not exclusive to the US. Therefore, provided the EMP attack is restricted to the US alone, it is not possible for an EMP blast to "make your Bitcoin disappear in an instant".

There are thousands of different individuals mining and securing the network across the globe who would be unaffected. Even if the localised infrastructure in the US was impacted temporarily, the miners and nodes operating elsewhere will keep Bitcoin ticking over.

Liz: So, are you saying, in the hypothetical scenario of the United States' power grid blacking out because of an EMP attack, the Bitcoin network would continue to function in the rest of the world?

Antonio: Yes, that is precisely the case. Also, what most people do not know, is that you do not actually need access to the Internet to perform a Bitcoin transaction. Although the Internet makes it far easier and quicker, Bitcoin would still be able to function the same way it does now.

If the power grid went down in the US, people would still be able to transact, it will just be a little more difficult. The reality is that you can send a Bitcoin transaction through radio frequency, Morse code, and even by smoke signal if you really needed to, and it would be treated in exactly the same manner as an Internet based transaction. Even better is that we now have the Blockstream satellite available.

Liz: Wow, now that's something I've never heard about. You might have to explain the satellite's capabilities in more detail in a bit. Before we get there, how do you see our scenario affecting the BTC price?

Antonio: In the short term, the price of bitcoin will more than likely drop. If it does, however, it will not be because Bitcoin's infrastructure is damaged, but rather because people would fear that Bitcoin's infrastructure is being destroyed and that they will not be able to access it. Despite such fears, the blockchain is flexible enough to adapt its utility to the scenario.

In the period following an EMP attack, I would imagine that many would revert back to a barter based system. The stock market would collapse, the banking system would be down, and most companies would go out of business. The natural response would be to barter with basic amenities to survive.

The blockchain will fit in perfectly with such a scenario. Instead of trading gold in exchange for a power generator or fuel, you would be able to use digital gold, or bitcoin. The fact that it is digital does not necessarily mean it is online. It could just as easily be adapted to be traded through a local node. People could hold offline copies of the blockchain to keep it up to date as transactions are taking place. The local nodes' ledgers would be publicly available to the rest of the world, allowing unaffected areas to extract files.