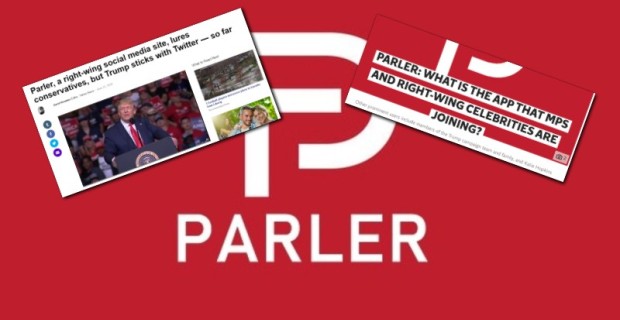 The website's engagement levels have skyrocketed in recent weeks as many more people choose to transition away from Twitter, which has become a cesspit of censorship and a platform for left-wing extremists to engage in the mob harassment and doxxing of conservatives.

Numerous members of Congress in the United States and Conservative MPs in the UK have also started signing up to the network, prompting anxiety amongst Silicon Valley that Parler could eventually become a genuine competitor.

Unlike Twitter and Facebook, which have become notorious for banning users and removing content at the behest of organized left-wing mobs, Parler's terms of service are in line with the FCC's definition of obscene content, which allows for "offensive" posts so long as they're of literary, artistic, political, or scientific value.

This has panicked the mainstream media, who have worked in concert with Big Tech over the last few years to deplatform prominent voices who dare to dissent against the current takeover of society by 'woke' radicals.