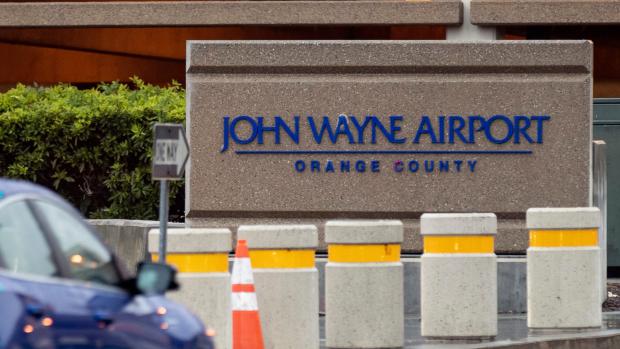 California Democrats are pushing to rename John Wayne Airport because of racist and homophobic remarks made by the actor.

Wayne, who died in 1979, once said that he didn't feel guilty about slavery, claimed Native Americans were 'selfishly trying to keep' land for themselves and used homophobic slurs.

Democrats in Orange County now wish to drop the film legend's name, statue and other likenesses from the Santa Ana airport because of the bigoted comments.

It comes during a nationwide push to change location names and take down statues in light of U.S. racial history.

'There have been past efforts to get this done and now we're putting our name and our backing into this to make sure there is a name change,' said Ada Briceño, chair of the Democratic Party of Orange County.

According to those who crafted the resolution, the effort to oust Wayne, a longtime resident of Orange County, is part of 'a national movement to remove white supremacist symbols and names (that are) reshaping American institutions, monuments, businesses, nonprofits, sports leagues and teams'.