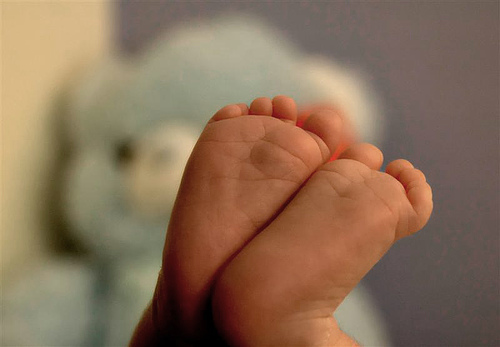 The reference here is an analysis of mortality data by Mark Blaxill and Amy Becker, "Lessons from the Lockdown," posted at Children's Health Defense on June 18:

"But the pandemic experience has brought on a surprising effect on this expected death rate among children. Starting in early March, expected deaths began a sharp decline, from an expected level of around 700 deaths per week to well under 500 by mid?April and throughout May."

"As untimely deaths spiked among the elderly in Manhattan nursing homes and in similar settings all over the country, something mysterious was saving the lives of children. As springtime in America came along with massive disruptions in family life amid near universal lockdowns, roughly 30% fewer children died."

"Virtually the entire change came from infants. Somehow, the changing pattern of American life during the lockdowns has been saving the lives of hundreds of infants, over 200 per week."

"One very clear change that has received publicity is that public health officials are bemoaning the sharp decline in infant vaccinations as parents are not taking their infants into pediatric offices for their regular well?baby checks. In the May 15 issue of the CDC Morbidity and Mortality Weekly Report (MMWR), a group of authors from the CDC and Kaiser Permanente reported a sharp decline in provider orders for vaccines as well as a decline in pediatric vaccine doses administered. These declines began in early March, around the time infant deaths began declining."

Mustn't report that on the nightly news. A leak of truth might turn into a river.

The very thought that vaccines are harmful enough to cause death, and withholding them would align with the Hippocratic Oath?

"Say Bob, here's an interesting item we could run on the broadcast tonight. Deaths of infants are down during the pandemic, and so are vaccinations."

The Odd Life of a Minor Celebrity…

You Don't Have To Take the Gates Vaccine

Are Clinical Trials of Hydroxychloroquine Designed to Kill People to Prove it Should Not be Used?