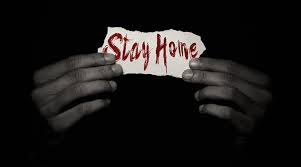 The constant drumbeat of headlines designed to convince people to adopt new draconian government controls is more or less exactly the same as what it was back in March. Arizona "lost control of the epidemic," one headline proclaims, while another insists "ICU beds full." A government bureaucrat in Texas says the situation is "apocalyptic" and Bloomberg dutifully featured the word in its headline. The governor of California is threatening another stay-at-home order. The Texas governor has reimposed some restrictions. Florida has "paused" its scaling back of lockdown edicts.

Americans should expect more of this as the year proceeds. Once we arrive at September, hospitalizations due to the usual winter diseases like flu will begin to mount. At that point, the daily headlines about "full" or nearly full hospitals will be a daily or even hourly occurrence.

There is no doubt politicians and government "experts" like Anthony Fauci will briefly emerge from their luxury homes and gated communities to demand that middle-class and working-class Americans be once again forced to abandon their jobs, take pay cuts, and sit at home. (The politicians decreeing lockdowns, of course, will keep collecting their six-figure salaries.)

But there's a problem with the politicos' plans. They assume Americans will comply with the stay-at-home orders to the same degree they did back in March and April. This may not be a very prudent assumption. This will be due to at least two reasons. First, more Americans now doubt the official narrative on the disease. Second, Americans are now in a worse economic position compared to the time of the first lockdown. Both of these factors will contribute to more resistance to lockdowns.

In other words, a second lockdown will be more difficult—both economically and politically—than the first. Economic pain will mount as political doubts grow.

A second round of lockdowns also poses a very large economic risk to families.

Advocates of coercive lockdowns have long tried to portray opponents of lockdowns as just "people who want a haircut." The reality is a lot more grim than that, however, and the threat to the economic well-being of many families is going to make a second round of lockdowns far worse than the first.

Many Americans voluntarily complied the first time around, because they were starting from a relatively good economic position. The politicians kept assuring them that it was all just for "two weeks" or maybe even a month. After all, when the lockdowns began, the economy was at very high levels of employment. The US was in the waning days of the boom phase of a boom-bust cycle. But it was nonetheless still in the boom phase. Since the spring lockdowns began, 40 million Americans have become unemployed. Twenty million of them are still unemployed, and more than 1.3 million Americans became newly unemployed over the past week. Tax revenue has also plummeted, reflecting the downward spiral in Americans' income.

CHOP Over!! | BLM Groups Paid By City to Leave (per Antifa) | Vacate Deadline June 29 I Podcast