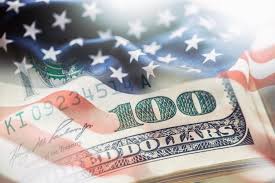 Alas, nothing could be further from the truth because the current economic sugar rush is almost entirely a function of the massive government spending spree, a spree which in just over a month will be effectively over. As a result, as Bank of America writes, the economy is facing fiscal cliffs which could cause the recovery to disintegrate, with four particular areas of focus:

the fading support from stimulus checks,

In response, BofA expects another stimulus bill to be passed in late July to address some - but not all - of these concerns, and "instead of a cliff, we will likely be facing a hill." That may be optimistic, because any stimulus would need to be bipartisan, and if the Democrats wish to crush Trump's re-election chances, now is the time for them to push the economy into a depression with elections in just 4 months.

Will they do it? We'll know in a few weeks, and certainly once the July 31 benefits cliff hits.