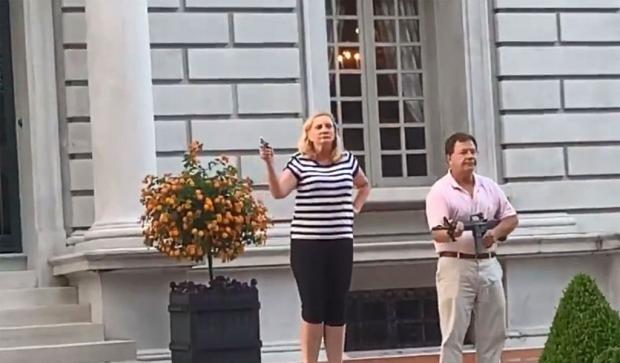 And of course, not everyone agrees. Local circuit attorney Kimberly Gardner issued a statement on Monday characterizing the events as a "violent assault" on the protesters.

"I am alarmed at the events that occurred over the weekend, where peaceful protesters were met by guns and a violent assault," said Gardner, who says she's working with police to investigate the confrontation according to Fox19, "We must protect the right to peacefully protest, and any attempt to chill it through intimidation or threat of deadly force will not be tolerated."

Meanwhile, McCloskey attorney Albert Watkins told the Associated Press on Monday that his clients support Black Lives Matter, and only grabbed their guns after several white protesters 'violently threatened the couple and their property and that of their neighbors,' according to Fox.