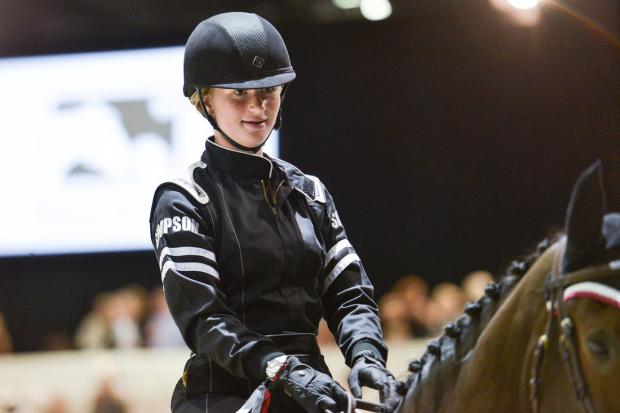 Bill and Melinda Gates' daughter Jennifer has opened up about what it was like to grow up with her billionaire parents, recalling how the philanthropists would discuss children's mortality and the HIV/AIDs epidemic at the dinner table.

The 24-year-old competitive equestrian, who is in her second year of medical school at the Icahn School of Medicine at Mount Sinai, in New York City, told Sidelines Magazine that she credits her parents with teaching her to be a lifelong learner, saying they always supported her interests.

'I was born into a huge situation of privilege,' said Jennifer, who covers the publication's July issue, 'and I think it's about using those opportunities and learning from them to find things that I'm passionate about and hopefully make the world a little bit of a better place.'

Her father Bill, 64, famously co-founded Microsoft after dropping out of Harvard and became the richest person in the world in 1995, the year before she was born.

He has a current estimated net worth of $108.1 billion, according to Forbes, making him the second richest person in the world, right behind Amazon founder Jeff Bezos.

Jennifer, who has a brother, Rory, 21, and sister Phoebe, 17, said that while her parents Bill and Melinda, 55, have 'obviously had a lot of privilege,' they are both 'incredibly hardworking people.'