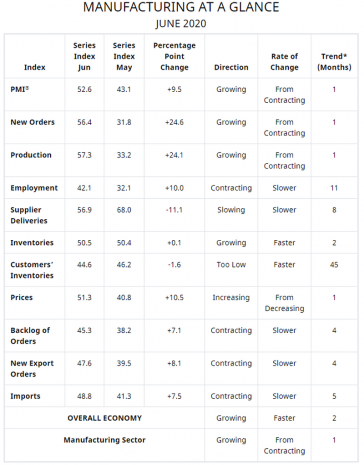 Despite the record surge in the US Macro Surprise Index, May's rebound in 'soft' survey data was much more mixed than many prefer to cherry-pick (PMI rebound much more dramatic than ISM), but flash PMIs suggest June saw the re-opening euphoria is set to accelerate... 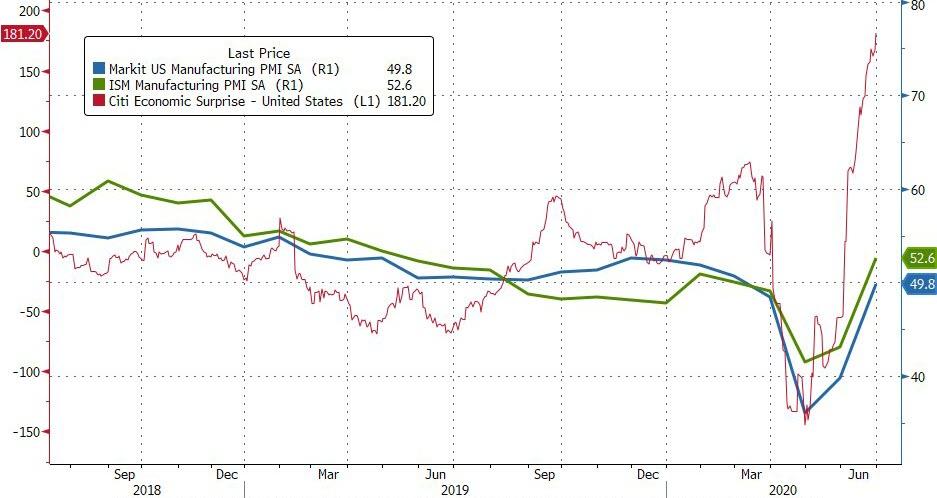 Markit's PMI noted that employment across the manufacturing sector declined for the fourth month running in June, as firms shed workers at a moderate pace following subdued demand. Signs of excess capacity remained evident as manufacturers registered a sharp reduction in backlogs of work. However, the overall loss of jobs was considerably weaker than those seen in the prior two months.

The PMI recorded its largest increase since August 1980, when it increased 10.5 percentage points. Among the big six industries, three of the industry sectors expanded. New Orders and Production returned to expansion, and at respectable levels. Supplier Deliveries reached a normal level of tension between supply and demand. Five of the 10 subindexes registered expansion, a marked improvement from previous periods.