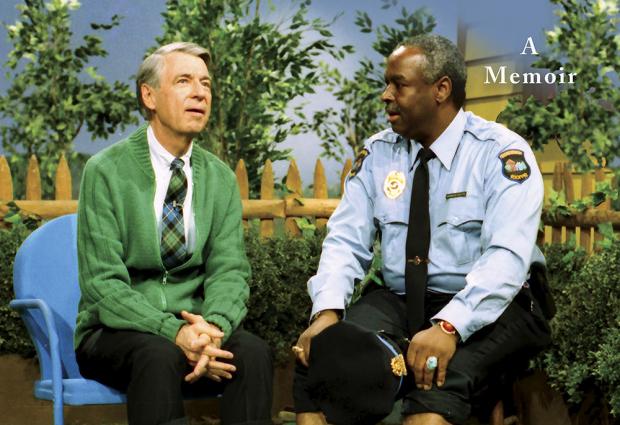 On April 4, 1968 Dr. King was assassinated. François then living in Schenley Heights, recalls the riots and burning of the Hill District, a historically black neighborhood in Pittsburgh. When April 4 came and Dr. King was assassinated, he was terrified of what was going to happen. He remembers Fred Rogers calling and said, "Franc, what are you doing? How are you doing?" Fred knew where he lived. And at one point he said, "We're concerned about your safety. We don't like that you're over there. I'm coming to get you."

What did Mr. Rogers do? He came and got him just as he said he would.

In his TV program, you witnessed Mr. Rogers sharing a foot bath with Officer Clemmons in 1969 on a hot day.

"He invited me to come over and to rest my feet in the water with him," Clemmons recalls. "The icon Fred Rogers not only was showing my brown skin in the tub with his white skin as two friends, but as I was getting out of that tub, he was helping me dry my feet."

Clemmons says he'll never forget the day Rogers wrapped up the program, as he always did, by hanging up his sweater and saying, "You make every day a special day just by being you, and I like you just the way you are." This time in particular, Rogers had been looking right at Clemmons, and after they wrapped, he walked over. Clemmons asked him, "Fred, were you talking to me?"

"Yes, I have been talking to you for years," Rogers said, as Clemmons recalls. "But you heard me today."

"It was like telling me I'm OK as a human being," Clemmons says. "That was one of the most meaningful experiences I'd ever had."

Why is this story so important now, some 50 years later? We are reliving the same strife and pain that is still being felt by communities of color and those who may be different than yourself.

Our country has become so unbelievably polarized in opinion after opinion and things shouldn't be so clearly divisive. For instance, if you're pro-Black Lives Matter, you're assumed to be anti-police, and if you're pro-police, then you surely hate black people. It seems like it's pro-cop and anti-black, or pro-black and anti-cop, when in reality, you can be pro-cop and pro-black, which is what we should all be. It should be what we're aiming for.

How do these stories connect? You have an African American gay male who portrayed a neighborhood cop on national television. An actor who grew up without a positive view of police officers. You then have him sitting alongside a white Presbyterian minister, who shared nothing but a deep compassion for his well being. Their stories could not be more different. What's the lesson here?

Human decency. Be kind to yourself. Be kind to others. Raise your kids with the same morals. Show respect for EVERYONE no matter the color of their skin, background, sexual orientation, political views, etc.