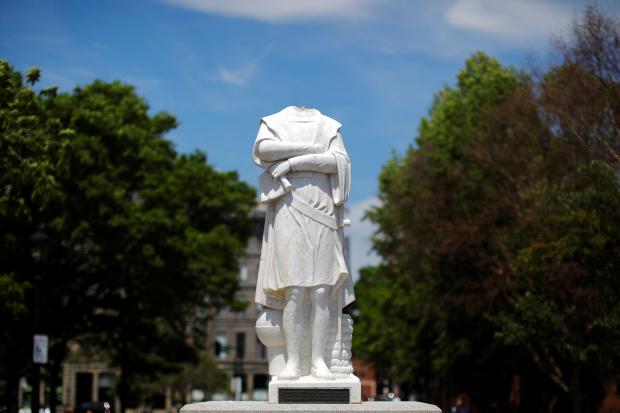 Whatever decision is made on whether to keep this statue or that statue is inevitably going to leave some people unhappy.

How can it be otherwise? When a controversial statue is government-owned, how do we determine whether it should be maintained or removed? Majority vote? 2/3 vote? Executive decision? Court ruling? Mob rule? What happens a few years down the line when new people are elected to public office? Can they reinstate the statues that were removed by their predecessors?

The question naturally arises: Why should government be in the statue business in the first place? Why not leave this activity totally to the private sector?

Trump Is WINNING The Propaganda War Over BLM Rioting And Even Some BLM Leaders...

SENATOR WARNS: THE U.S. IS "STARING DOWN THE BARREL OF MARTIAL LAW"