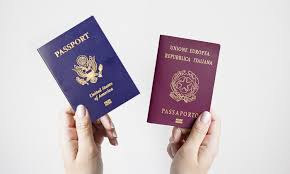 Frederick would later recount how his heart pounded as he waited for the conductor to check his papers. As a black man in a southern slave state, Frederick had to prove he was legally allowed to travel north to the free states.

But Frederick didn't have "free papers" because he was still enslaved. Instead, he disguised himself as a sailor, and borrowed a "sailor protection pass" from an acquaintance.

The pass included a description of the sailor, and Frederick knew it would not hold up to close scrutiny because they didn't look all that alike.

Perhaps distracted by the authoritative eagle seal, the conductor readily accepted the document, collected the fare, and moved on.

After almost being spotted by a ship captain he knew, and interrogated by another acquaintance aboard a ferry, Frederick arrived safely in New York.