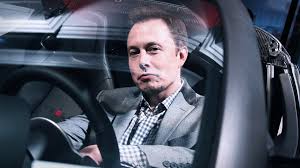 The chief executive officer first taunted short sellers in a string of tweets, writing that the electric-car maker would "make fabulous short shorts in radiant red satin with gold trim." That's an apparent reference to jokes he's repeatedly made about sending "short shorts" to investors who bet against Tesla's shares, such as hedge fund manager David Einhorn.

Musk, 49, then wrote Thursday that he would send shorts to the SEC, referring to the agency again as the "Shortseller Enrichment Commission." He first used that phrase in October 2018 after the regulator sued him for securities fraud.

Musk then tweeted a cryptic but profane play on the agency's initials, prompting Ross Gerber, a fund manager who regularly engages with him on Twitter, to write back: "Dangerous." Musk responded: "But sooo satisfying."

Musk and the SEC have a combative history. The agency sued him in September 2018 over tweets he sent a month earlier claiming that he had secured funding to take Tesla private at $420 a share. As part of a settlement agreement, Musk was required to pay a $20 million fine, step down as Tesla's chairman for three years and have some of his tweets pre-approved by a company lawyer.