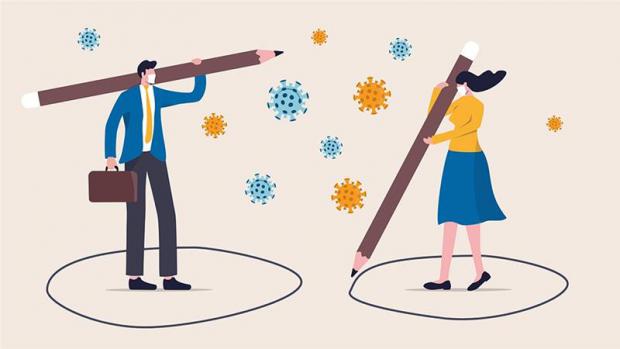 She says that the world's governments are using social distancing to destabilize the mental health of the entire planet.

The video below is on a platform called Bitchute, and will not be removed by any censors. Bitchute is decentralized.  In the video, Leigh Dundas says "social distancing is actually a technique that might be causing more harm to our children than that which it seeks to avoid. So, social distancing is a euphemism for social isolation. It was a technique that was developed about 70 years ago by the CIA and they found it was REALLY REALLY good at breaking down enemies of the state."

So what in the hell are we doing to our children? Why are they enemies of the state? Because we all are enemies of the state. If you aren't a politician, you are the enemy and they want to enslave us under the New World Order and the government is a part of the plan to manufacture compliance. This is not a conspiracy theory.  They are coming out and saying it now, and several sites, including this one, have proven this time and time again. Your inability to understand what's going on or break your own mental chains does not make it "unreal."

"It destroys the part of the brain that is responsible for learning in our children and ourselves, which is known as the ventral striata…in 1951, the CIA held a secret meeting at the Ritz Carlton in Canada and it was a meeting with doctors present who had ties to, and I quote 'the US, UK, and Canadian military forces." The CIA realized at that meeting and others that "social distancing and social isolation techniques were quote 'the ideal way of breaking down a prisoner.'"

COVID HOAX: Study reveals 40-45% of coronavirus hospitalizations are actually due to other causes