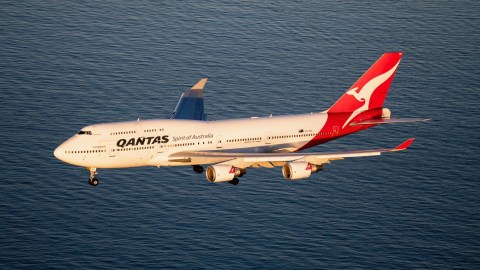 Boeing Co is pulling the plug on its 747 jumbo jet, Bloomberg News reported on Thursday.

The 747 democratized global air travel in the 1970s but fell behind modern twin-engine passenger jets.

The last 747-8 will roll out of a Seattle area factory in about two years, according to the Bloomberg report.

When contacted by Reuters, Boeing did not confirm the Bloomberg report.

'At a build rate of 0.5 airplanes per month, the 747-8 program has more than two years of production ahead of it in order to fulfill our current customer commitments,' a Boeing spokesman told Reuters.

'We will continue to make the right decisions to keep the production line healthy and meet customer needs.'

Boeing's 747 plane is enjoying a second life as a cargo mule for companies like United Parcel Service due to a freight market boom fueled by online shopping.

In 2016, Boeing said it could end 747 production amid falling orders and pricing pressure.

Major US carriers like United Continental Holdings and Delta Air Lines have already said goodbye to the 747.

The revolutionary aircraft, nicknamed 'Queen of the Skies,' was designed to provide seating for growing numbers of passengers and heralded the beginning of the age of air travel for the masses when it first flew in February 1969.