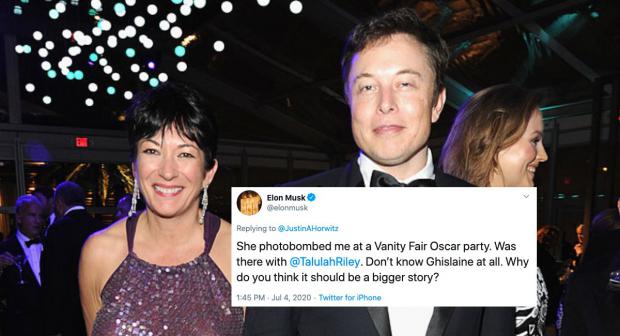 ELON Musk has denied knowing Ghislaine Maxwell after a photo showing them standing side-by-side at a party was widely shared online.

It follows Maxwell's arrest at her New Hampshire home amid allegations that she played a central role in the sexual abuse of minors carried out by former boyfriend Jeffrey Epstein.

Maxwell and Epstein were known to be well connected and photos have frequently shown them at parties and private gatherings alongside some of the world's most prominent celebrities, politicians, and businessmen.

A photo circulating on social media shows Maxwell with Tesla billionaire Musk at an Oscars afterparty thrown by US magazine Vanity Fair in 2014.

Asked yesterday by an anonymous twitter user whether the two were friends, Musk replied: "Don't know Ghislaine at all.

"She photobombed me once at a Vanity Fair party several years ago.

"Real question is why [Vanity Fair] invited her in the first place."

Episode 301 – How to Fake an Alien Invasion

'Our latest reminder that gun violence remains a crisis in our country . . .'