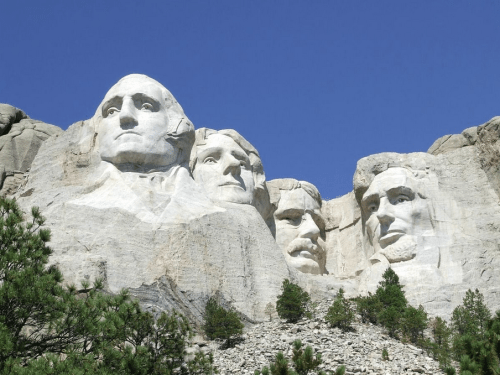 Ellsworth AFB is about a 34-mile car drive from Mount Rushmore - Marine One will fly the president to the national monument in the Black Hills region of South Dakota.

Update(20:21ET): Twitter handle Unicorn Riot, you may recall the account live-streamed the early days of the Minneapolis social unrest, is on the scene as demonstrators have erected a vehicle blockade preventing people from attending the firework display at Mount Rushmore this evening, which will host President Trump.

Demonstrators are seen blocking the street with white vans, and at least one vehicle has the back driver side tire removed. One protester sign reads: "You Are On Stolen land."

Unicon Riot notes, "Many Trump supporters are waiting to get through the roadblock."

Moments ago, police declared the protests an "unlawful assembly."