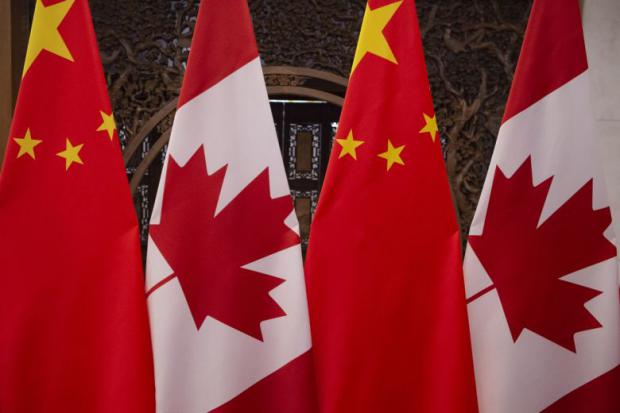 This effectively opens the door for Hong Kong democracy activists, who might potentially find themselves "wanted" by pro-Beijing authorities and accused of crimes, to seek out Canada as a safe-haven. No longer will Canada agree to extradite 'criminals' back to Hong Kong.

As we've noted, this week the exodus of young anti-Beijing activists has already begun over fears they could be charged on "terrorism and subversion" just for leading protests with now banned slogans and 'revolutionary' signs.

But the drastic Canada move - also coming at a time of rapidly worsening US-China and UK-China relations - has further implications touching on trade and military ties, as Reuters reports of the latest government statements:

In a statement, Foreign Minister Francois-Philippe Champagne also said Ottawa would not permit the export of sensitive military items to Hong Kong, which is home to around 300,000 Canadians.

...Champagne condemned the "secretive" way the legislation had been enacted and said Canada had been forced to reassess existing arrangements.

This includes "closed trials" and lack of independent review or appeal, with the potential for life in prison for certain egregious crimes deemed motivated by terrorism or separatism. In his statement Champagne announced: "Canada will treat exports of sensitive goods to Hong Kong in the same way as those destined for China. Canada will not permit the export of sensitive military items to Hong Kong."