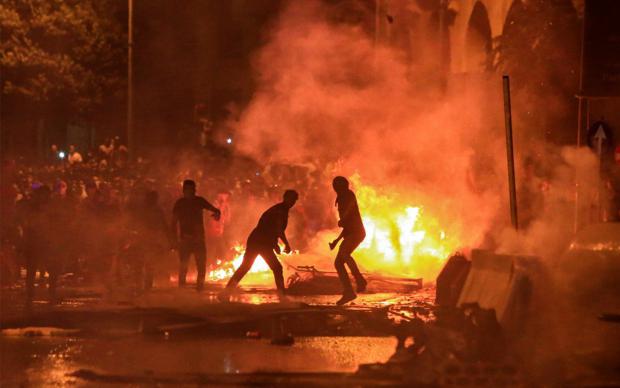 I speak tongue-in-cheek, of course, for the exact opposite seems to be the case. The video of a Black Lives Matter protest in Utah is only the latest, high-profile example.

According to media reports, the video shows a 60-year-old local driving through Provo during a Black Lives Matter Protest. The vehicle is quickly surrounded by protesters, one of whom pulls a gun and shoots through the passenger window. The injured driver guns it, hightailing it out of the area, while protesters try to stop him, the shooter sending another bullet through the rear passenger window.

Unfortunately, we can't chalk this up to a one-time incident by a crazed-person in a southwestern town, because many of our largest cities have experienced similar incidents of violence. Even CHAZ/CHOP, the allegedly peaceful people's utopia in Seattle, has given way to violence.