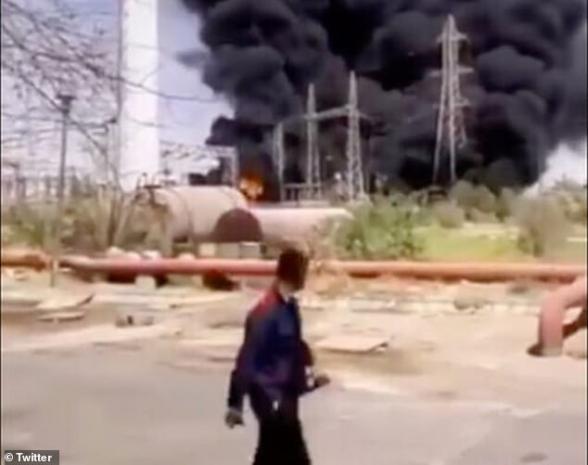 A fire at a power station in Iran today is the latest in a string of fires and explosions all over the country including one at a medical clinic that left 19 people dead.

The fire broke out at the Zergan power plant in the city of Ahvaz in southwestern Iran causing a transformer in the station to explode and ignite the plant.

The fire caused partial electricity outages before it was put out by fire fighters, who spent two hours fighting the blaze, and electricity was restored.

Mohammad Hafezi, the power plant's health and safety manager, told the Islamic Republic News Agency (IRNA) the cause of the fire was under investigation.

Meanwhile, also on Saturday, a unit of the Karoon petrochemicals plant in south-east Iran, near the Gulf, had a chlorine gas leak, the Iranian oil ministry's news agency reported.

The leak sickened 70 workers with injuries from chlorine inhalation but most of them were released after receiving medical treatment.

The fire and the leak are  the most recent of several dangerous incidents affecting important sites in Iran.