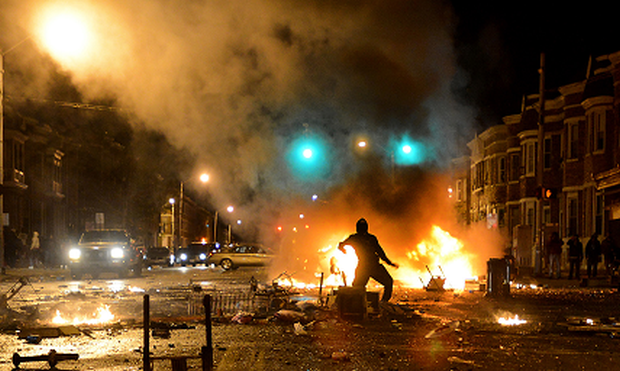 Angry protests in Minneapolis quickly turned into riots that ravaged the city. The police did not intervene; the mayor had ordered them to withdraw and do nothing.

More protests soon broke out in major cities throughout the country and rapidly led to widespread disorder. In the twin cities of Minneapolis and St. Paul, 1,500 buildings were vandalized, looted or destroyed. Again, the police did little to intervene: the mayors of most of the cities had asked the police to act with restraint.

The riots ended, but the damage was immense. An area of Seattle's city center that was taken over, the "CHAZ" or "CHOP" zone, has since been disbanded, but a copycat effort to take over an area has installed itself in New York, near City Hall.

Statues throughout the country were attacked -- first Confederate statues, then tributes to Abraham Lincoln, Thomas Jefferson and George Washington. Prominent politicians supported the rioters. The mayor of Boston said he wanted to remove from a city square a statue of Lincoln standing in front of a liberated black man. Members of the New York City Council requested that a statue of Thomas Jefferson be removed from the City Hall. In Portland, Oregon, a statue of George Washington was pulled down and set on fire. Statues of Christopher Columbus were toppled and some beheaded.