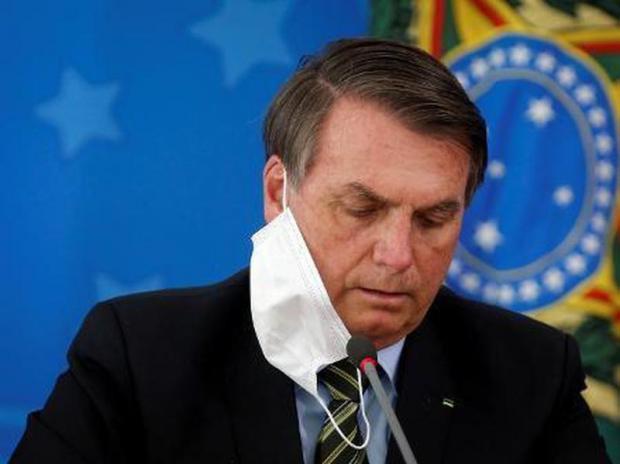 Brazilian media is reporting early Tuesday that President Jair Bolsonaro has tested positive for coronavirus, but the country and local media are still awaiting official confirmation.

CNBC reports Tuesday morning that "Brazilian news sources, including an affiliate of CNN — report that Bolsonaro has tested positive for the virus, but this has not been verified by CNBC or officially confirmed."

The prior day Bolsonaro had been feeling unwell and running a high temperature, his office said. The 65-year old leader was described by CNN as having a fever over 100 degrees, and reportedly began taking the anti-malaria pill hydroxychloroquine to help treat the virus.

He went to the hospital Monday night for a lung scan and said he would get tested for conoronavirus, results of which are expected back this morning.

As recently as this weekend he was photographed enjoying festivities with cabinet members at a July 4th gathering at the American ambassador's residence, where as is typical for Bolsonaro and his entourage, no one was wearing a mask.