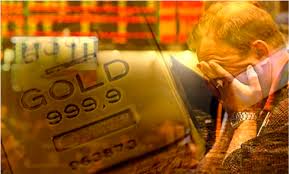 Authored by Alasdair Macleod via GoldMoney.com,

We are all used to the bullion banks covering their shorts on Comex by waiting until the speculators are over-bullish and vulnerable to mark-downs that trigger their stops. Algorithmic traders go from long to short in a heartbeat as well, and they dump contracts into a falling market, speeding up the decline. We should say at this juncture that the Managed Money speculators are short-term, attracted by futures leverage, and their gold position is often part of a wider risk strategy deployed by hedge funds. They do not intend to stand for delivery. The wider investment world taking strategic portfolio decisions does not often get involved with gold, so the Comex gold contract has been a secular play.

In the non-speculative category, the bullion banks (Swaps) had 56% of the shorts and the Producer/Merchants 44%. Mark-to-market value of the Swaps net short position was $25bn. Of the speculative longs, the managed money category (hedge funds) held 69%, and at 296,106 long contracts it was almost a record. There was a high level of bullishness; easy pickings for the bullion banks, who by the following December drove the price down to $1120, reducing their net shorts to under 50,000 contracts.

The Endless Melt Up: Gold And Silver Soar, Global Stocks Turn Green For 2020;