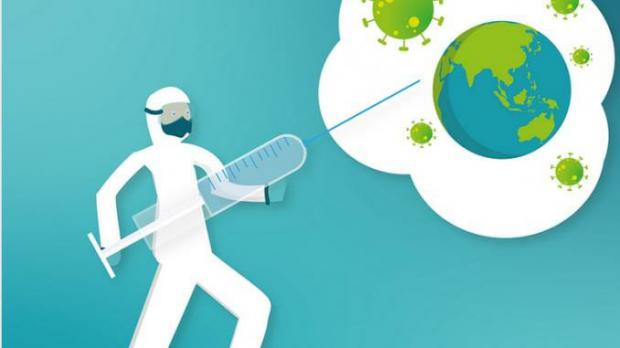 The protest's organizer said that while she's not anti-vaccine, she fears the country's uninformed population may be exploited and she cited French researcher Jean-Paul Mira who in April proposed, "Shouldn't we be doing this study in Africa where there are no masks, no treatment, no intensive care, a little bit like we did in certain AIDS studies or with prostitutes?"

On its website, even GAVI admits the African people are skeptical because of their history of being used as guinea pigs in previous scientific experiments: "Vaccine trials in Africa are a sensitive and potentially controversial issue, because of instances of Western researchers conducting unethical trials in African countries, and scientists undertaking medical experiments on people of African origin in the USA."

Demonstrators in South Africa Wednesday rallied against COVID-19 test trials being carried out by the Bill and Melinda Gates Foundation's GAVI Alliance.

Protesters standing in front of the University of the Witwatersrand in Johannesburg where the tests will take place burned their face masks and carried signs blasting GAVI's choice of the South African people for the continent's first clinical trials.