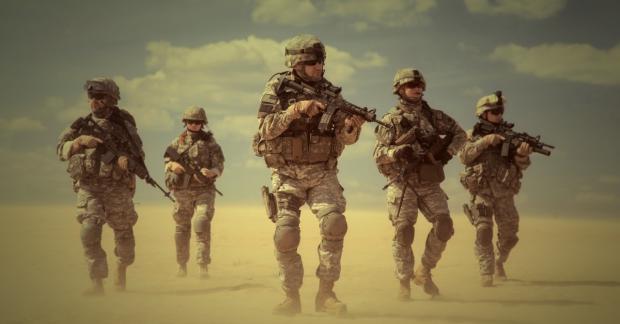 Why of course the people don't want war. Why should some poor slob on a farm want to risk his life in a war when the best he can get out of it is to come back to his farm in one piece? Naturally the common people don't want war: neither in Russia, nor in England, nor for that matter in Germany. That is understood. But after all it is the leaders of a country who determine the policy and it is always a simple matter to drag the people along, whether it is a democracy or fascist dictatorship, or a parliament or a communist dictatorship. Voice or no voice, the people can always be brought to the bidding of the leaders. That is easy. All you have to do is tell them they are being attacked, and denounce the peace makers for lack of patriotism and exposing the country to danger. It works the same in any country.

Goering's point, of course, applies to the United States as well. A good example was the 2003 U.S. invasion of Iraq. WMDs! WMDs! We are about to be attacked by Iraqi dictator (and former U.S. ally) Saddam Hussein! Mushroom clouds over American cities! Iraq is about to conquer us! We must invade now, especially since our 11 years of regime-change sanctions have failed to oust Saddam from power and replace him with another U.S. stooge!

And just as Goering indicated, many Americans fell for it, becoming blind, ardent, "patriotic" supporters of the invasion, war of aggression, and long-term occupation of Iraq.

Which raises a point that Goering failed to mention — the intolerance that blind supporters of a war effort have for those who refuse to go along with the deal. A good example of this phenomenon in Nazi Germany involved the White Rose, a group of mostly college students who dared to criticize their own government in the midst of World War II. Other German citizens and German officials viewed them as bad people, even traitors.

It was no different with respect to how blind supporters of the Iraq War treated those Americans who opposed the U.S. invasion and occupation of Iraq. Opponents of the war were considered bad people because they failed to blindly come to the support of their government and its troops during time of war.

Two examples that stand out are famed rock and roll star and 10-time Grammy Award winner Linda Ronstadt and the famed country music band out of Texas called the Dixie Chicks, who now known as just the Chicks.