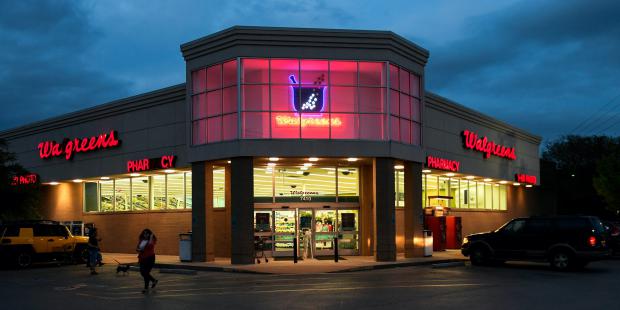 Offering an early glimpse of what the Q2 earnings season might be like, Walgreens Boots Alliance kicked things off - though the season doesn't 'unofficially' start until next week, to be sure - with a disappointing batch of numbers driven by a drop in same-store sales that was far larger than Wall Street expected.

Adjusted earnings for Walgreens third fiscal quarter (comprising the three months ending in May) came in at 83 cents per share, down 43.5% YoY. That was well shy of the Wall Street consensus estimate of $1.18 per share. Group revenues rose 0.1% to $34.6 billion, just below analysts' projections for $34.35 billion.

The company's biggest quarterly hit came from the United Kingdom, where it operates under the Boots brand. The company counted charges of ~$2 billion, with the company unveiling plans to cut some 4,000 jobs as a result. It also announced the suspension of its share buyback program - which didn't exactly help bolster investor confidence.

To be sure, Walgreens is already reworking its business to account for the virus: Just yesterday, the Dow laggard announced plans to build 500 to 700 full-service primary-care clinics within its retail stores in the next five years in partnership with VillageMD. That lifted shares as investors cheered the company's commitment of $1 billion in capital to build out the operation by investing the money in VillageMD, taking a 30% stake.