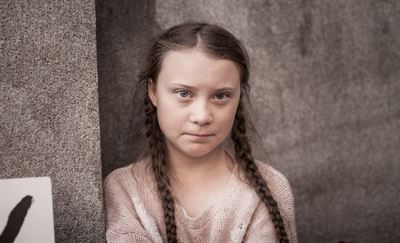 It started off great, as elites and climatists descended on Davos to press home what looked to be the final mile in ramming through the adoption of some form of global Green New Deal by year's end. Their secret weapon, a Swedish teen, was primed, locked and loaded.

Their cause was then handed another gift in the Coronavirus lockdowns. Climate campaigners were over the moon with excitement over the lockdown and boasted with claims of lower CO2 levels due the economic shutdown. In just two months, COVID lockdown policies had achieved what climate campaigners had been working for years to realize. Or so they thought. It was later revealed that lockdowns had little or no impact on overall CO2 concentration. But since when did a little science get in the way of an apocalyptic juggernaut.

But something strange happened on the way to Wuhan.

One of the key components of the intergovernmental fear campaign to promote COVID lockdowns – was dubious computer modelling. Initially, these were referred to as "The Science" by cock-sure politicians and public health officials. The press quickly fell in line with this groupthink. Any dissenters were roundly attacked and deplatformed. As their mission crept on, it became clear that these models were ever only masquerading as 'science'. The fictional doomsday scenarios being created by technocrats were then snapped up by the mainstream media, and then used them to hound political officials into implementing a one-size-fits-all centralized policy of de-industrialization and mass travel bans. Perhaps it's no coincidence that this is exactly what climatists and Green New Deal campaigners have been hoping for.

The Child Has Spoken