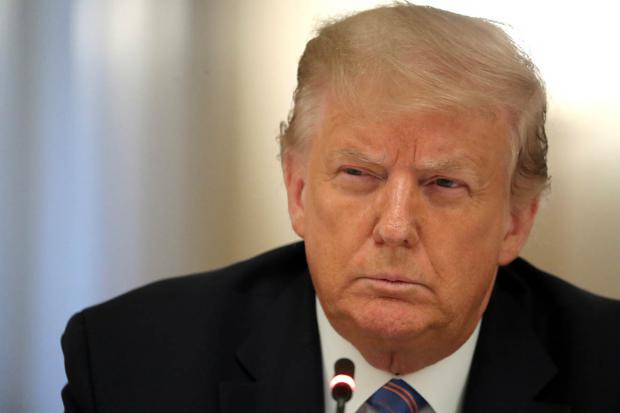 In a series of tweets this morning, President Trump escalated his attacks on US universities by threatening the tax-exempt status of colleges that are too focused on "Radical Left Indoctrination"...

We look forward to the avalanche of "this is hate" tweet-ban demands, and the stampeded of college deans who will decry Trump's clear "white supremacist" perspective (when they themselves are kowtowing to a 'black supremacy' demanding mob).

Trump is right in the increasing level of liberal bias and indoctrination in American Colleges.

As Walter Williams wrote earlier in the year, a recent Pew Research Center survey finds that only half of American adults think colleges and universities are having a positive effect on our nation. The leftward political bias, held by faculty members affiliated with the Democratic Party, at most institutions of higher education explains a lot of that disappointment. Professors Mitchell Langbert and Sean Stevens document this bias in "Partisan Registration and Contributions of Faculty in Flagship Colleges."

Langbert and Stevens conducted a new study of the political affiliation of 12,372 professors in the two leading private and two leading public colleges in 31 states.

For party registration, they found a Democratic to Republican (D:R) ratio of 8.5:1, which varied by rank of institution and region.

For donations to political candidates (using the Federal Election Commission database), they found a D:R ratio of 95:1, with only 22 Republican donors, compared with 2,081 Democratic donors.

Several consistent findings have emerged from Langbert and Stevens' study. The ratio of faculty who identify as or are registered as Democratic versus Republican almost always favors the Democratic Party. Democratic professors outnumber their Republican counterparts most in the humanities and social sciences, compared with the natural sciences and engineering.

Colleges Attempt To Impose "No Parties, No Trips" COVID-19 Rules For Fall