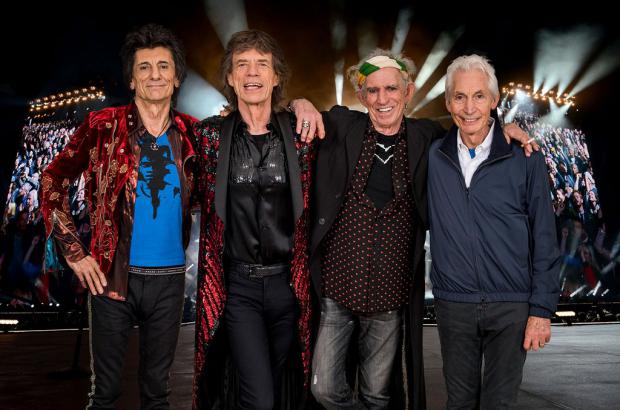 The band announced on Thursday that the release on Sept. 4 will include a four-disc CD and vinyl box set editions that includes 10 bonus tracks, including outtakes and alternative versions.

Jimmy Page appears on a song called Scarlet that will be included on the super deluxe package. The title is thought to be named after Page's daughter.

A press release for the record said Scarlet has 'layered guitar textures' from Page, and is 'as infectious and raunchy as anything the band cut in this hallowed era'.

As part of the special release, the Stones have also made a video for one of the unheard songs, called Criss Cross.

The song had originally been known to Stones fans as Criss Cross Man which had previously been heard in bootleg form. There is a third unheard track called All the Rage.

The legendary rock back were supposed to be touring this year, with a string of dates to play football stadiums in North America.

But like all tours, the dates were rescheduled due to the coronavirus pandemic.

Since being on hiatus during lockdown, they performed You Can't Always Get What You Want on the One World: Together at Home viral event.