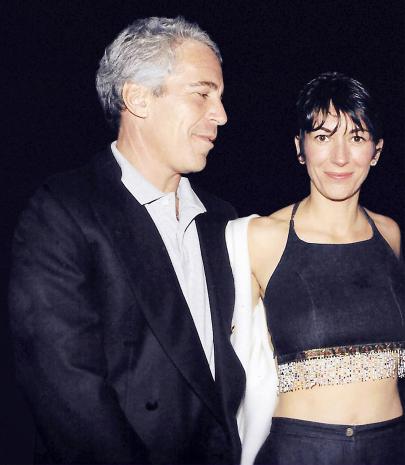 Whether one believes an anonymous ex-jewel thief's exclusive interview with The Sun is up to the reader. That said, Epstein accuser Maria Farmer claimed there was a 'secret media room' in the dead pedophile's New York mansion which was full of recording equipment.

What's more, former Israeli spy Ari Ben-Menashe - alleged "handler" of Ghislaine's father, Robert Maxwell, told the authors of Epstein: Dead Men Tell No Tales, that the Epstein was operating a "complex intelligence operation" at the behest of Mossad, and 'filmed US politicians and power players having sex with underage girls to blackmail them.'

Jumping into the salacious claims by the jewel thief, who goes by the name William Steel, the story begins in the mid-1990s when Steel claims he met Epstein in the "upstairs room at a very high-end diamond dealer, the kind of place where only a few people are allowed in at a time."

"I was there doing what I do. I was meeting my fence.

"I saw Jeff with a young girl who looked only about 13 or 14 and he had his hand in the back of her shorts.

"That's what first got my attention.

"She was so young and he was much older. That's when I knew that he was dirty.

"I had about 200,000 dollars worth of jewellery that I was getting rid of and later I struck up a conversation with him.

"He later said the girl he was with was his niece but I called bulls**t on that, telling him I saw what he was doing with her. -The Sun