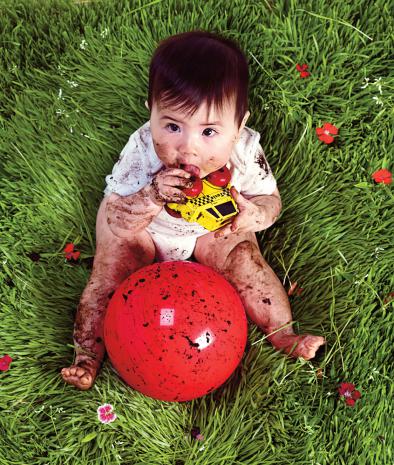 (Natural News) A fat molecule found in Mycobacterium vaccae, a soil-dwelling bacterium, is behind its potent anti-stress effects, according to a recent study.

Published in Psychopharmacology, it revealed that a lipid called 10(Z)-hexadecenoic acid in M. vaccae inhibits inflammation in the brain.

The researchers behind the study also reported that cells became more resistant to inflammation upon exposure to the said lipid.

In 1989, British scientist David Strachan first proposed the "hygiene hypothesis." He speculated that the lack of exposure to microorganisms in childhood led to poor immune health and a higher risk of certain conditions, such as asthma and allergies.

Researchers have since refined Strachan's "hygiene hypothesis." One accepted "revision" states that it is the lack of exposure to beneficial microbes in the soil, not to disease-causing microorganisms, that contributes to poor immune health.

According to Christopher Lowry, an associate professor of integrative physiology at the University of Colorado Boulder, the move from agricultural landscapes to urban spaces resulted in humans missing out on the necessary exposure to beneficial microorganisms in nature that help regulate the immune system and suppress inflammation.

As a consequence, humans became more at risk of inflammatory diseases and stress-related psychiatric disorders.

Numerous studies have demonstrated the link between exposure to bacteria from soil and the environment and stronger immune function, as well as improved resistance to mental disorders.