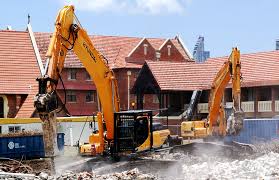 (Natural News) The lawyer for two Chicago churches has reported that city officials informed his clients that they would consider bulldozing their facilities if they do not comply with COVID-19 edicts.

Matt Staver, the founder and chairman of Liberty Counsel, said on Wednesday that the city is classifying his clients as "public nuisances." He said they were issued a letter declaring that the city "has the power and duty to cause all nuisances affecting the health of the public to be abated." The letter threatened a "summary abatement," which would mean the destruction of the facilities without due process.

Staver said during an appearance on the "Todd Starnes Radio Show" that he is seeking an emergency injunction and hopes to take the case to the Supreme Court. The motion for the injunction is headed to the desk of SCOTUS Justice Brett Kavanaugh right now.

Rev. Cristian Ionescu, one of the pastors being represented in this case, also told Starnes that he has received citations from the city for violating COVID-19 policies. Metro Praise International's Pastor Joe Wyrostek reported receiving the "summary abatement" threatening his facility with destruction if he holds a service with more than 10 people.

"We are very disappointed with all of this, including not being considered as essential in the beginning, as a church," Wyrostek said to NBC Chicago.

Even as violent crime spikes, Chicago city officials use limited police forces to snoop on churches and enforce shutdown mandates in Christian places of worship. This is part of a nationwide trend of left-wing government bureaucrats using the COVID-19 pandemic as an excuse to attack Christianity.