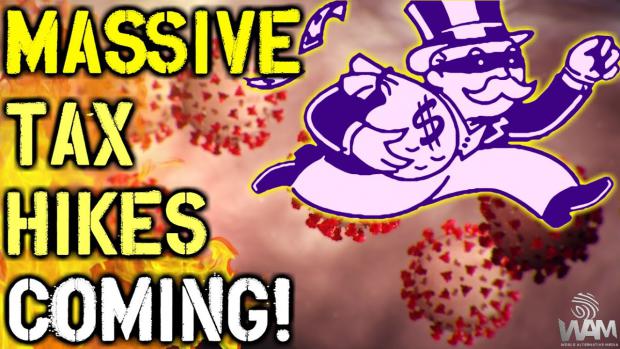 Josh Sigurdson reports on the absolute destruction of the economy and the average person's salary as governments throughout the United States prepare to fix the problem THEY created based on lies with more of a problem. Extortion.

As countless numbers of people have moved from New Jersey, New York and California due to massive taxation, those governments are all attempting to raise taxes dramatically as well.

This is the epitome of problem, reaction, solution, repeat for eternity. The Hegelian Dialectic.

As the lockdowns are blamed on something that has the same rate of death as the flu despite originally carrying the fear of a 3.5% to 7% death toll, the state is kicking people while they are down under the guise of "helping them." This really paints a fine image of how completely subservient and compliant the masses have become and if something doesn't change immediately, we will be in box cars in no time.