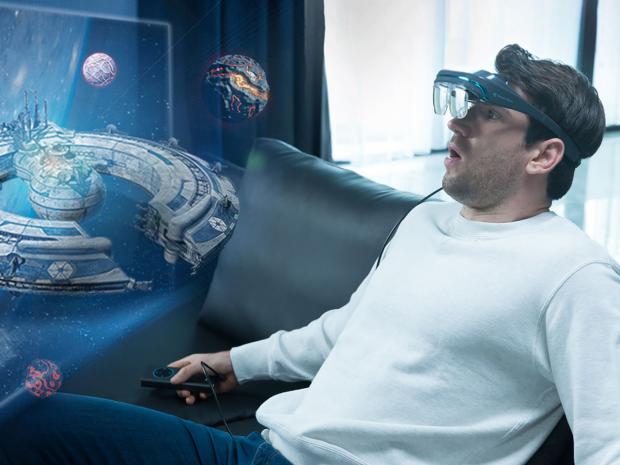 With an improved 4K resolution and 5G connectivity, these are perhaps the perfect at-home entertainment system now that we're all spending more time than normal indoors.

Besides the 4K resolution and 5G, the specs match the previous DreamGlass Air very closely, with a 90-degree field of view and the ability to project the equivalent of a 200-inch screen in front of your eyes. That screen can show just about anything, from a computer desktop to a movie to a game.

Like its predecessor, the DreamGlass 4K can connect up to a number of devices – phones, consoles, laptops – via HDMI or USB-C (Galaxy phones will work, for example, but iPhones won't at the moment). With your own private AR display, you can be gaming from a console while someone else is watching TV, and the headset also has a 3.5 mm headphone socket to keep the audio to yourself.

Augmented reality experiences aren't quite so straightforward, as they need to be specifically developed for the DreamGlass 4K. Right now it's not clear just how much AR content is available, though the standard plug-and-play big screen projection feature is probably enough on its own to tempt people in.