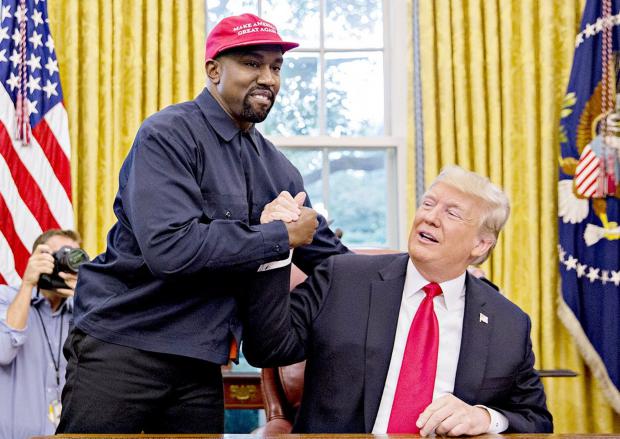 Kanye West has reportedly dropped out of the 2020 presidential race, less than two weeks after he jumped in.  A "get-out-the-vote specialist" named Steve Kramer claims the billionaire rapper is already "out" after hiring "paid and volunteer" staff to help him get on ballots in Florida and South Carolina, according to a new report from Intelligencer.

On July 4, Kanye West wrote on Twitter that he was running for president.  In an interview with Forbes, West said that his campaign slogan was "YES!"; that his vice presidential choice was Michelle Tidball, a preacher from Wyoming; that his is platform was based on The Wakanda Management Model; and that his party was "The Birthday Party."

Why The Birthday Party? "Because when we win, it's everybody's birthday," West said.

West apparently figured out that he had little chance to win.

Kramer told Intelligencer that West's hired staff were "disappointed" that West has allegedly dropped out. He also claimed to have "nothing good or bad to say about Kanye."

"Everyone has their personal decision about why they make decisions. Running for president has to be one of the hardest things for someone to actually contemplate at that level," Kramer added.