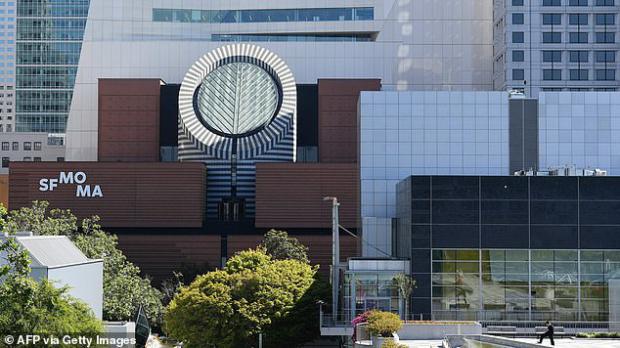 A senior curator at the San Francisco Museum of Modern Art has resigned after his colleagues circulated a petition accusing him of holding 'toxic white supremacist beliefs'.

Gary Garrels sparked outrage among staff when he concluded a presentation about recent acquisitions of art by people of color by saying: 'Don't worry, we will definitely still continue to collect white artists.'

The senior curator of painting and sculpture was then confronted about that comment and others during an all-staff Zoom meeting on July 7, according to Artnet.

In the meeting Garrels argued that avoiding work by white men would amount to 'reverse discrimination' - prompting a group of museum employees to start a petition calling for him to resign immediately.

'Gary's removal from SFMOMA is non-negotiable,' the petition states. 'Considering his lengthy tenure at this institution, we ask just how long have his toxic white supremacist beliefs regarding race and equity directed his position curating the content of the museum?'

About 180 people signed the petition before Garrels stepped down on Saturday, effective July 31. Since then a total of 279 people have added their signatures as of Wednesday.

However many people decried his decision to resign over 'baseless accusations' of racism and said he had been unfairly targeted by a 'pathetic cancel culture mob'.