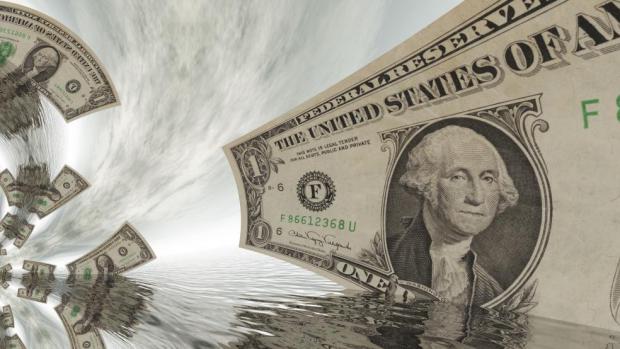 So, the only way the banks can be saved is if they can deliver tons of physical gold they likely don't have?  Macleod says, "Which they don't have, not likely have, they don't have."

Macleod thinks failure to deliver gold is coming soon where the contract will be settled in cash and not physical metal.  How many times can the gold market do this?  Macleod says,

"I think it will be the end of the futures market because nobody would trust it as a means of delivering gold.  I mean it would have demonstrably failed.  So, why would you play with it again?  Of course, the failure of COMEX contracts is a very, very serious issue."

What happens to the price of gold?  Macleod says, "The price is already on its way to infinity or, put more accurately, the dollar is on its way to zero..."

"The question I think you really want to know the answer to is how long will that take?  In my view, not very long.  Probably by the end of the year because we've got another thing happening in the background, and that is we have a banking crisis developing.  This is the natural consequence of the contraction of bank credit.  There is the effect of tariffs on top of that that turn a normal cycle of bank credit contraction into a 1929 to 1932 horror show. . . . If you have a banking collapse, then those assets values will just go down in the pan.  The next thing, of course, bond yields start rising because of the inflationary implications of a financial collapse.  At that stage, government financing becomes impossible because governments are in effect bankrupt."