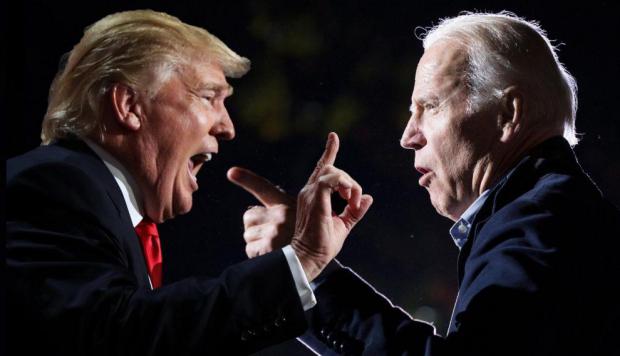 Authored by Bill Blain via MorningPorridge.com,

"If I ever ran for office, I'd do better as a Democrat.."

Markets are beginning to factor in the US November Election. It's only 17 weeks away. We're hearing all the usual fears about how bad a Democrat will be for the economy – especially if Biden also takes the Senate, and what it all means for market stability.  I'm wondering about two aspects: how important will it be for the Global Narrative, and what will it will mean for the US itself.

In terms of the Global Narrative – does the coming election actually matter? The Tectonic plates are already in motion, and can't be stopped. Whatever Trump may think, China has been the defining aspect his reign. It was never just about terms of trade or patent theft.  By accident or design Trump became the catalyst for an inevitable showdown with China. He will be remembered for that, if nothing else.

Over his 4 years, the west has now swung 180 degrees from engagement with China to putting up barriers as the Rome vs Carthage moment approaches. Some call it the Thucydides Trap – the inevitability competing empires collide into conflict. Will it be a Cold War won on economics and business, or could it turn Hot? The Chinese certainly don't want that – they lack true force projection in a conventional sense, but perhaps the next war will be fought in cyberspace.

Whatever, the shift has profound market, business and economic implications. Start planning…

A new ring around China of aligned Pro-west states has formed quickly. It's no coincidence Trump signed the Hong Kong legislation the same day as Boris threw out Huawei. After the recent unpleasantness on the glacier, India is now aligning itself with the West. Australia is taking the dangerous economic step of delinking itself. Whoever becomes the next US president is not going to undo the new Geopolitical reality – the West's relationship with China has changed for ever.