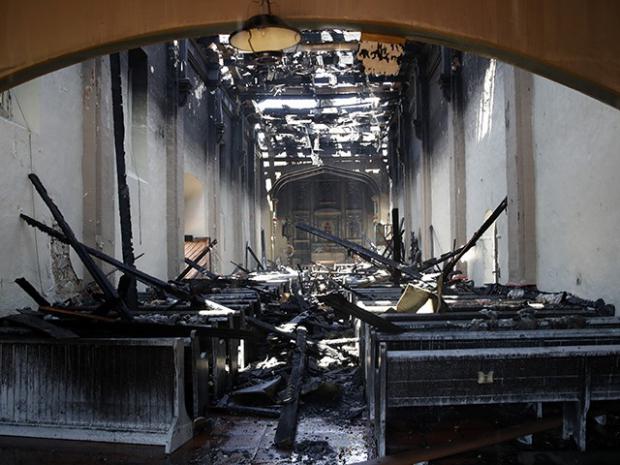 According to St. Joseph's pastor, Rev. John Paul Walker, the church was desecrated using pink paint, including a pentagram and the symbol for anarchy.

Between the hours of 9 PM last night and 6 AM this morning, a person or group of persons had painted anarchist and satanic symbols on the doors of St. Joseph Church in New Haven. This follows an apparent trend of desecrating Catholic spaces throughout the nation, as evidenced by incidents in Chattanooga, Queens, Boston, Sacramento, and Ocala. The underlying motive of these sacrilegious attacks is clear: to intimidate and instill fear in the hearts of those who worship Christ.

After being shut down on Thursday, Walker said the church reopened Friday after being blessed with an exorcism prayer.

Walker told the New Haven Register that the vandalism occurred after "a disruptive individual had attended services in the days leading up to the incident, prompting calls to police." Police confirmed a call about the disruptions.

The "apparent trend of desecrating Catholic spaces" referred to in the St. Joseph Facebook post is becoming a little more than apparent.