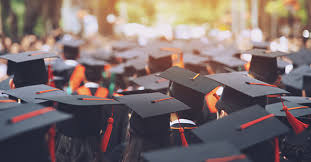 "The race of a police officer did not predict the race of the citizen shot. In other words, black officers were just as likely to shoot black citizens as white officers were."

For political reasons, the authors of the study sought its retraction.

The U.S. Department of Education warned UCLA that it may impose fines for improperly and abusively targeting white professor Lt. Col. W. Ajax Peris for disciplinary action over his use of the n-word while reading to his class Rev. Martin Luther King Jr.'s "Letter from Birmingham Jail" that contained the expressions "when your first name becomes "n----r," your middle name becomes "boy" (however old you are). Referring to white civil rights activists King wrote, "They have languished in filthy, roach-infested jails, suffering the abuse and brutality of policemen who view them as 'dirty n----r-lovers.'"

Boston University is considering changing the name of its mascot Rhett because of his link to "Gone with the Wind." Almost 4,000 Rutgers University students signed a petition to rename campus buildings Hardenbergh Hall, Frelinghuysen Hall, and Milledoler Hall because these men were slave owners. University of Arkansas students petitioned to remove a statue of J. William Fulbright because he was a segregationist who opposed the Brown v. Board of Education that ruled against school segregation.