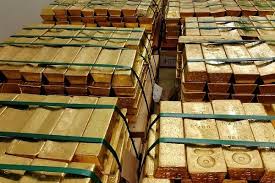 When the last vestige of the gold standard was terminated by the U.S. in 1971, circumstances forced European central banks go along with the dollar hegemony, for the time being. Sentiment in Europe, however, was to counter dollar dominance and slowly prepare a new arrangement. Currently, central banks in Europe are signaling that a new system that incorporates gold is approaching.

If you want to read a summary of this article you can skip to the conclusion.

The Rise and Fall of Bretton Woods

Setting the Stage for a Gold Standard