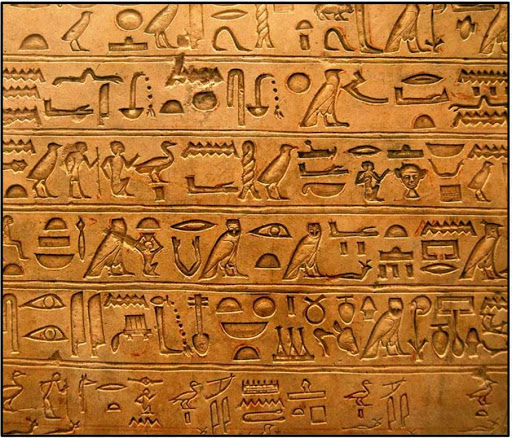 Google has launched a hieroglyphics translator that uses AI to decipher images of Ancient Egyptian script.

The new tool, called Fabricius, uses machine learning to give experts a fast way to decode hieroglyphics by uploading their files.

But the tool is available to non-experts as a fun and interactive way to learn about and write in the ancient language.

Anyone can type in messages and be provided with an instant hieroglyphic equivalent to share on social media.

Users can also draw their own best attempt at an ancient hieroglyphic and see if Google's machine learning technology can identify it from its database of hieroglyphs.

The tool aims to 'help bring people closer to ancient Egyptian heritage and culture' and highlight the importance of the preserving hieroglyphics as a language.

Google says that the easiest way to understand hieroglyphics is to 'imagine that they are the ancient Egyptian equivalent of emojis'.

'So far, experts had to dig manually through books upon books to translate and decipher the ancient language – a process that has remained virtually unchanged for over a century,' said Chance Coughenour, program manager at Google Arts & Culture in a blog post.

'Fabricius includes the first digital tool - that is also being released as open source to support further developments in the study of ancient languages - that decodes Egyptian hieroglyphs built on machine learning.'

In the past, a team of data scientists and a lot of code would have been required to make sense of a hieroglyphic, Coughenour said.